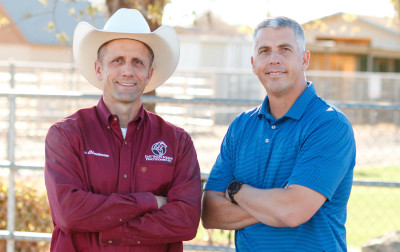 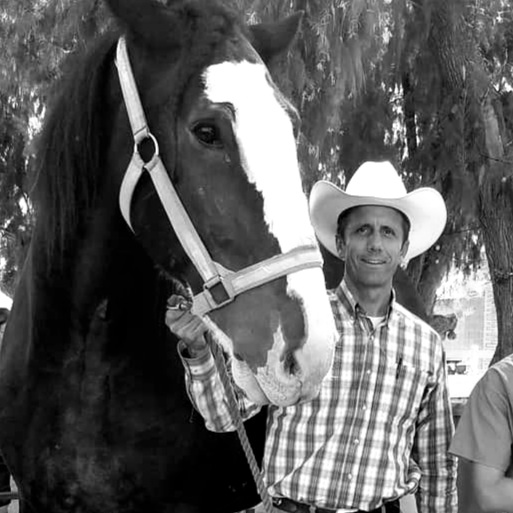 Dr. Christensen was born and raised in Arizona. He currently resides in Mesa and has four daughters.

After graduating from Arizona State University in 1999, Dr. Christensen attended veterinary school at Colorado State University where he was classmates with Dr. Robert Cooper. He graduated from CSU in 2003 and began practicing at East Valley Equine. At the state veterinary convention in 2007, Dr. Christensen was awarded the “Young Practitioner of the Year” award by his colleagues. When not working with horses, Dr. Christensen and his girls enjoy camping, fishing, skiing, and being together. Dr. Christensen is currently riding the 800 miles of the Arizona Trail with his mules and dog in honor of his late daughter Zibby. 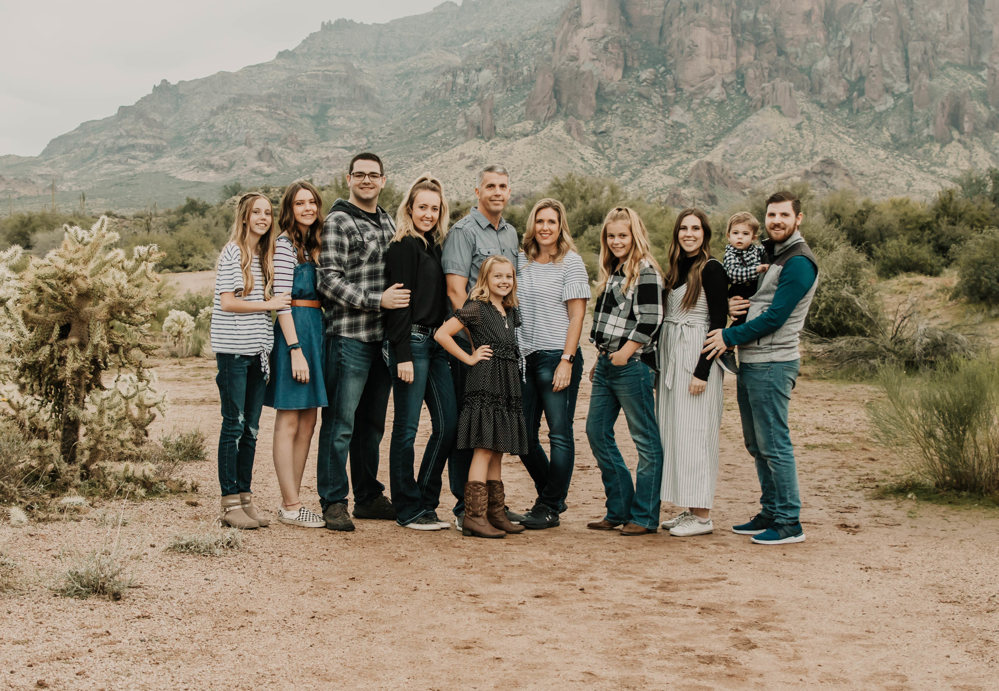 Dr. Cooper grew up in Gilbert, Arizona. He attended Arizona State University for his pre-veterinary education and then graduated from Colorado State University′s college of veterinary medicine with Dr. James Christensen in 2003. After graduation, Dr. Cooper practiced at Durango Equine Veterinary Hospital in Buckeye, Arizona until he joined East Valley Equine Practice in June of 2006.

His main interests in practice include lameness and gastrointestinal disorders. At the state veterinary convention in May 2006, Dr. Cooper was awarded the “Young Practitioner of the Year” award by his colleagues.

Dr. Cooper loves spending time with his wife, Jennifer, and their 6 beautiful daughters, Katie, Laura, Alyssa, Kylie, Hailey, and Sarah. He also enjoys any outdoor activities, especially coaching and playing sports with his daughters. He and his family are active in their community and church. 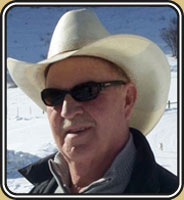 Dr. Hufnagel was born and raised in Colorado. He completed his pre-veterinary education at University of Colorado and then attended Colorado State University’s college of veterinary medicine. In 1970, Dr. Hufnagel graduated from CSU and moved to Missouri where he practiced for one year before moving to Arizona. In 1976, Dr. Hufnagel started East Valley Equine Practice in Mesa, AZ. He practiced there for 32 years before retiring in 2008.

Dr. Hufnagel and his wife, Linda, still reside in Mesa, AZ. Their first son, Dr. Ben Hufnagel, worked with Dr. Mike Hufnagel for 10 years before he and his wife, Noelle, and their children decided to escape the heat and moved to Colorado. Their second son, Dr. David Hufnagel, and his wife and children currently reside in Oregon. Mike and Linda enjoy traveling to visit their children and grandchildren. They also enjoy reading, biking, hiking, and theater. 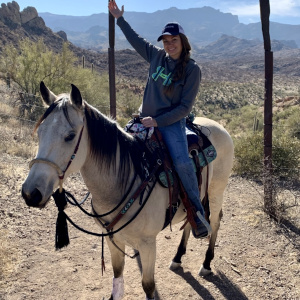 Fawn was born in Montana and that is when her love for horses began. Fawn got her first horse when she was four years old, and she has been fascinated ever since. She grew up in the Midwest, and then decided to call Arizona home in 2015. Fawn joined the East Valley Equine team in March of 2018. She absolutely loves working in the equine industry, and making a difference in the equine community. Outside of work, Fawn enjoys trail rides, road trips, and spending time with her family. 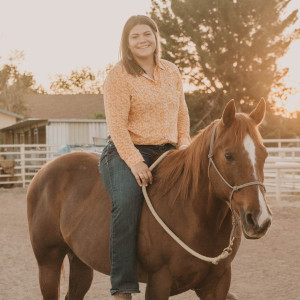 Gracie was born in Phoenix, and grew up in Mesa, spending as much time as possible outdoors. Gracie was raised working with a variety of farm animals, but decided she wanted to focus on working with equine. Gracie loves working with all horses, but thinks that the draft breeds are the best! Gracie joined the East Valley Equine team in January of 2019. After work Gracie enjoys going on rides with friends, playing the piano and guitar, and going on adventures with her family! 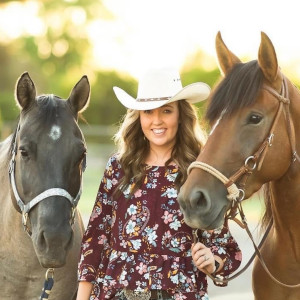 Laura has been a part of the EVEP team since August of 2016. She has had a love for horses for as long as she can remember. You can most always find her in the arena with her mustang doing Liberty work or trail riding around Arizona! Laura is currently working on her degree in biological sciences and hopes to one day become a veterinarian. Outside of work, she enjoys music, photography, baseball, and anything outdoors!

Accessibility by WAH
Call Us After Hours Emergency